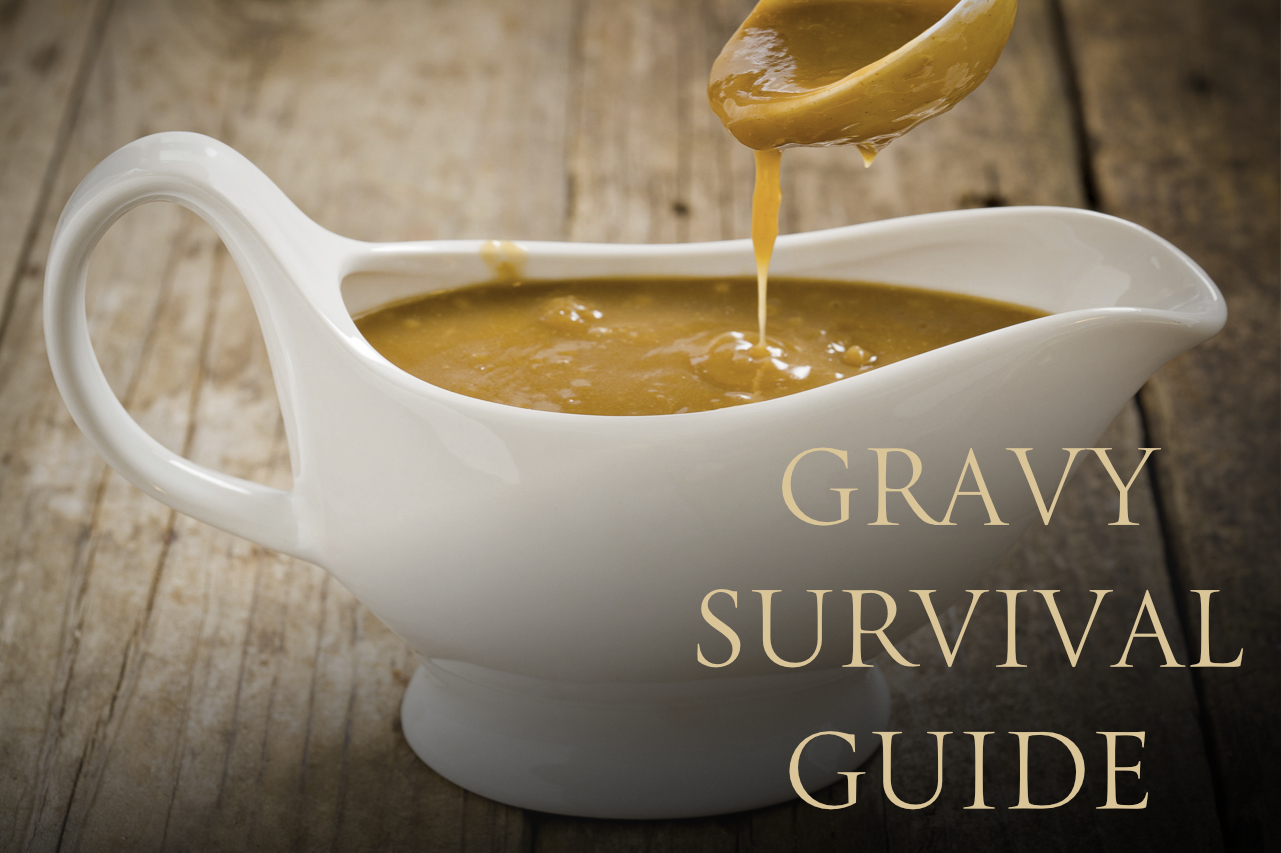 Whether you're making biscuits and gravy, turkey gravy for Thanksgiving, or mushroom gravy. This guide on how to make gravy will help you make no-lump gravy, silky smooth, every time.

How to smooth lumpy gravy

When using flour as a gravy thickener, you can end up with lumps. There is no reason to serve lumpy gravy. It's easy to turn it back into a smooth and velvety texture. 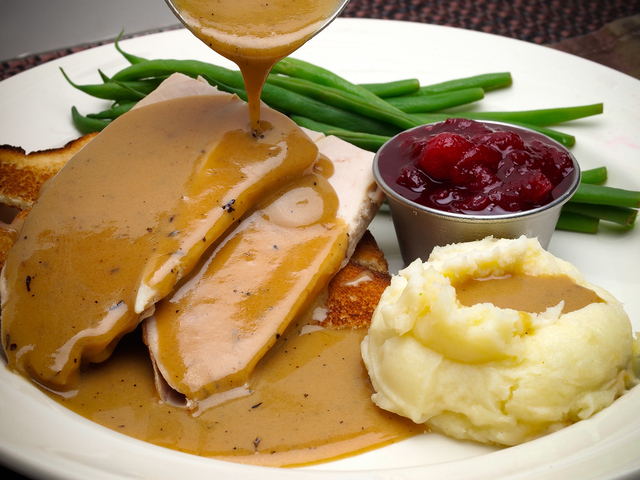 An immersion blender, if you have one, may also be helpful, in some instances, to help rid your gravy of any lumps. 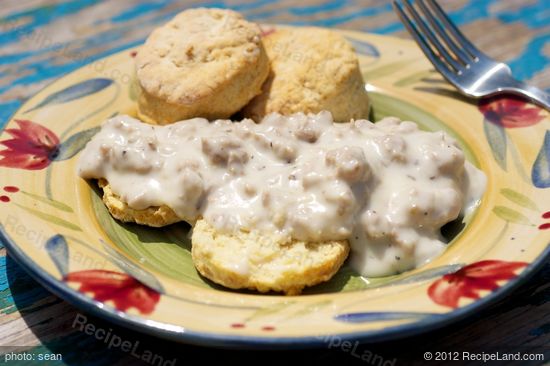 Make a quick slurry using flour, cornstarch or arrowroot blended with a small amount of water. Whisk the starch slurry into the hot broth and stir until it all comes together.

After adding the starch slurry, continue to cook while stirring for at least one minute to eliminate any uncooked floury taste of raw flour.

The main cause of lumpy gravy is the direct addition of cornstarch, flour or another thickener into hot broth or stock.

Lumps in gravy may be created by adding stock too quickly into a roux, a fat and flour mixture that some gravy recipes start with, which may contribute to clumping or create a gluey bottom layer of the pan, pot or skillet.

Other complications are hot spots in a large roasting pan.

When making homemade gravy, as with any starch-based sauce, the thickener should be gradually added to the hot liquid that it's intended to thicken.

An easy way to thicken gravy while preventing lumps, used in Herbed Pan Gravy, is to make a quick slurry, by mixing flour or cornstarch with some water, then whisking the slurry into the hot stock. The result, no-lump gravy. 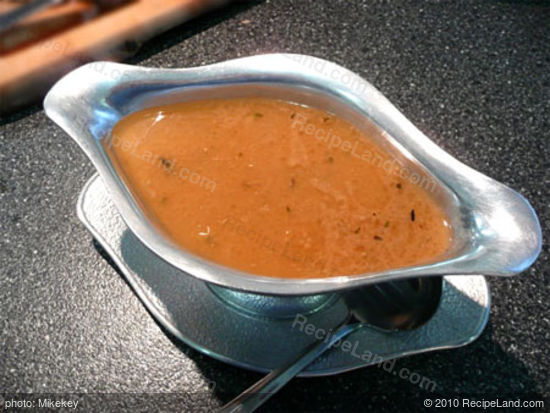 How to keep gravy hot

Many times by the time the gravy is served to the last guest at the table it isn't as piping hot as when it first hit the table.

Use an insulated thermal carafe to serve the gravy instead of a heat-robbing gravy boat. Then your gravy will stay nice and hot throughout the meal. As a bonus, it is easy to pour and creates fewer drips and drops.

If you have a fondue pot, use it to serve the gravy. The heat from a candle is enough to keep the gravy nice and cozy throughout the meal. 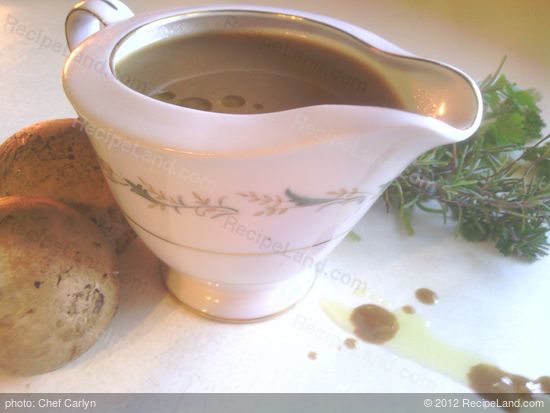 Instead on thickening gravy with flour, you can harness the power of the potato to help thicken your gravy with our gluten, as in this Gluten-Free Holiday Gravy recipe

Some say hot others say the broth must be cold or the gravy will have lumps. Using heated stock will ensure a faster result but it doesn't seem to make much of a difference.

The important point to ensuring a silky smooth, velvety gravy is to add the stock, hot or cold, slowly while whisking constantly. Always whisk out any lumps before adding any more liquid.

If you do end up with a few lumps all is not lost. See our tips above for smoothing out a lumpy gravy.

What are those weird parts of the turkey stuffed inside the cavity? Are they good for anything?

Those weird looking parts called giblets are usually the gizzard (part of the stomach), heart, liver, and neck. They may look scary, but some of them can be used to add loads of flavor to your turkey gravy.

Discard the liver; it has a strong and unpleasant flavor that will ruin your gravy.

The other parts can be browned in the pan with the juices to extract their flavor and then discarded.

American Biscuits with Sausage and Gravy

Great gravy tips that will solve my lumpy gravy that my family complains about! lol. Kids love gravy, especially with fried chicken. I want to try this on the weekend. I just thought if I can try some of these recipes for fried chicken too.

Not a member?
Join now for FREE!